Why Christians Should Shun Epistemological Autonomy

Something about professing Christians willingly espousing epistemological autonomy has always irked me. I always wonder what the motivation is for adopting such a stance. A few things come to mind. However, I believe such a view is always borne out of a faulty view of God. Professing Christians may say things like “God is necessary for knowledge because without Him we wouldn’t exist; however, we don’t need to know God to know things”. It seems to me that Christians that take such a stance either have not appreciated the interdependence of epistemology and metaphysics, leading them to understand the metaphysical implications of an autonomous view of epistemology, or they have such a low view of God that they do not care about such metaphysical consequences.

If man’s mind is self-sufficient when it comes to knowing reality then it follows that God’s interpretation of reality is not authoritative. If God has authoritatively and comprehensively interpreted reality as a whole, then man must consult God’s system of knowledge in order to properly interpret and know the facts. If man is autonomous and can know reality without consulting God’s system, it follows that God and man approach knowledge in exactly the same way. They are on level playing field, so to speak, when it comes to knowing. Neither one can speak authoritatively to the other. This essentially destroys the Creator/creature distinction. God’s knowledge may be larger in scope and quantity, but ultimately God must gain knowledge the same way man does—by “synthesis”, looking outside Himself and into the facts. God’s knowledge ceases to be constructive.

This destroys God’s aseity. God is no longer self-sufficient or self-contained. He is on the same metaphysical plane as man and is engulfed by a Reality that is greater than Himself. God essentially becomes like a mentor, teacher, or expert. He may know things we don’t, but only because He has discovered them from a world of facts that is independent of both of us. This is not the God of Bible who’s thoughts are higher than our thoughts. By holding to epistemological autonomy we get a God who must learn. His learning may be timeless, or he may be able to learn everything, but he must still learn. He must do so because the world of facts is independent of him. More precisely, the instantiation of facts are logically prior to God’s knowledge.

October 01, 2021
The title of this article may be a bit misleading. There are obviously very capable and very knowledgeable mathematicians who are atheists. Such people do not only know that two apples plus two apples equals four apples, they can also provide elaborate proofs of the various mathematical theorems that undergird such a truth. This post is not meant as an attack on the intellect of atheists but rather as an attack on atheism as a philosophical system . A more accurate title would be “ Why Atheists Can’t Know that 2 Apples + 2 Apples = 4 Apples If They Were Being Consistent With Their Philosophical System ”. I know, not very catchy! But what is it about atheism as a philosophical system that precludes knowledge of a truth so basic and fundamental that even children know it? The short answer is that atheism commits one to an autonomous epistemology—an epistemology that rejects the necessity of divine revelation. Believing that two apples plus two apples equals four apples is easy enough. Th
Read more 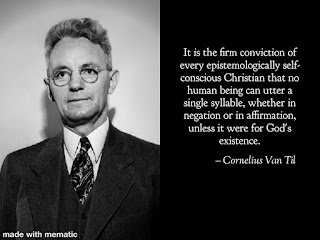